View all posts by Byrd 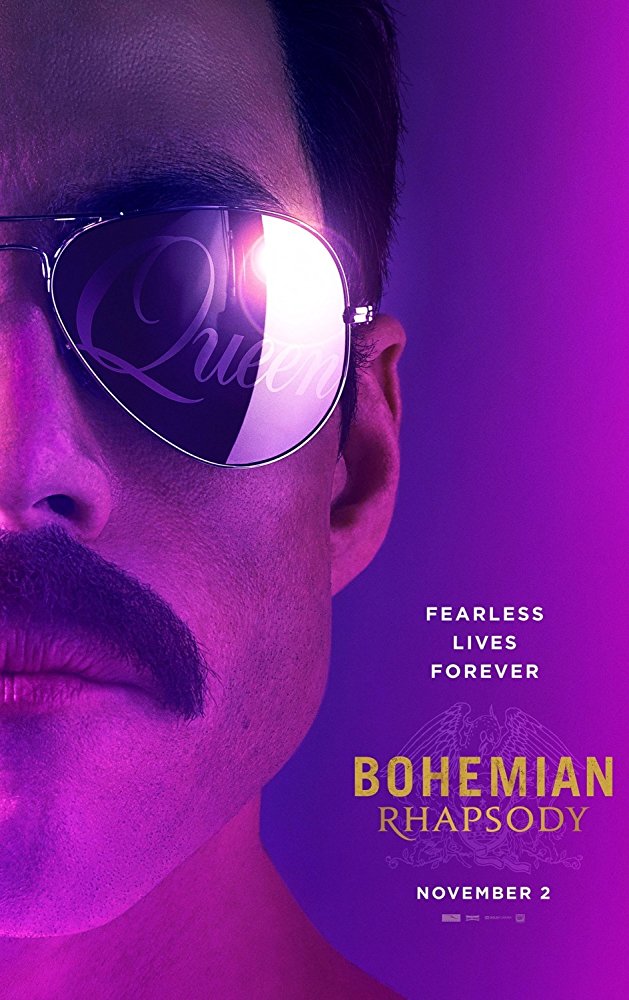 Before I review “Bohemian Rhapsody” as a movie, which is a mixed bag of excellence and roll-your-eyes bad moments, I would like to address a very disturbing and in-humane experience I witnessed in the dark theater Thursday night.

Freddie Mercury, the lead singer of the iconic band Queen, was a gay man who died due to health complications with AIDS.  There is a scene where Mercury is engaged to a beautiful woman and life long friend named Mary Austin (Lucy Boynton) early in his life.  She forces Freddie to admit that he is actually gay.  It is a very poignant moment that plays out just like if a straight man or women had to come to terms with one of them falling in love with somebody else.  During this scene, several groups of people in the theater started laughing, then continued to laugh throughout the movie any moment Mercury would simply kiss another man.  When a love scene of any kind is poorly done, be it a kiss or breakup or “he came back for me” as the music rises, I am the first to laugh.  This was not the issue with this film, and laughing at those scenes and only those scenes repeatedly makes you look like a bunch of a-holes.

Let me be very clear here, and I am not going to hold back.  My initial thought was that perhaps these people were simply idiots who did not know that the lead singer of a band called QUEEN was gay.  Did they ever see Mercury perform on stage (which he was all time amazing at by the way)?  As the laughing continued it brewed to the point of cruel and unnecessary, becoming clear that yes they are idiots.  I wanted to get up and punch them admittedly, but had the conscious to realize that an action like that would not solve a thing.

I am not a gay man, more of a boobs kinda guy.  That’s just me.  But if you prefer the same sex, want to convert to a different religion, or marry somebody twenty years your senior because you fall in love then why the hell should I care?  Live your life and be happy!  You can chuckle when a movie is flat out stupid.  I do it every five minutes when I see the latest “Fast and Furious.”  There are moments in “Bohemian Rhapsody” that are poorly made.  But if the only time you are laughing is when two guys kiss, I’m sorry, you SUCK!

Now to the film itself.

Rami Malek is brilliant in his portrayal of Freddie Mercury.  From the early days struggling to make the band in London to his final performance, Malek embodies the character in every frame and scene.  Unfortunately the script is such a checklist of mediocrity that I’m sure it took less time to write than it did this review.

Let us begin with that checklist.  Stop me if I miss a music movie cliche;

Father disapproves of his son Freddie going out partying.  Mercury meets his band mates at a college bar.  Band impresses guy with connections to record label (Aidan Gillen) and they go on tour.  Band meets big time producer Ray Foster (Mike Myers, whom I still cannot decide if he was good or is at the point in his career where he puts on a ton of makeup so the audience can say “is that Mike Myers?” after five minutes of screen time).  Band gets experimental and makes the title song Bohemian Rhapsody, admittedly a well done and funny sequence.  Band becomes huge sensation.  Mercury gets a big head, listens to the wrong people, and does too many drugs.  Band breaks up.  Mercury comes crawling back and asks band to reunite for one last performance.  We have plenty of “We’re gonna have a montage!” moments.  Did I miss anything before you green light this Mr. Producer?

There are so many flashes of damn that’s good stuff, but they are too few and far between.  If you aren’t stomping your feet in the theater when they preform “We Will Rock You” for the first time you have clearly never watched or cared about a live show or sporting event.  A climactic concert for Live Aid at Wembley stadium is unbelievable because the filmmakers simply show the band playing without getting in the way.  With the exception of a few other scenes I mentioned, everything in between is not bad, but also not great.

Bottom line, this is about how amazing Rami Malek is as Mercury.  I would compare it to a movie like 2004’s “Ray” starring Jamie Foxx.   Both are checklists of this is the story of a great artist with little insight into their lives.  There is no intriguing take or fact that you cannot google and read on a computer instead of getting an honest look into these legends.  Both had amazing performances by actors that went all in with it.  Certainly not perfect, “Bohemian Rhapsody” will have you pumped up at the end.  Every time you go to a basketball game and they play Lil’ John’s “Turn Down for What!”, remember that would not exist without Queen and Freddie Mercury telling you “We Are The Champions, My Friend.”

The SUCK FACTOR, how it works. We have flipped the rating system upside down. If a film is classic, it gets a 0. Meaning that movie has 0 SUCKS. If a film is complete trash you must avoid at all costs, it gets a 7, meaning this movie really SUCKS!